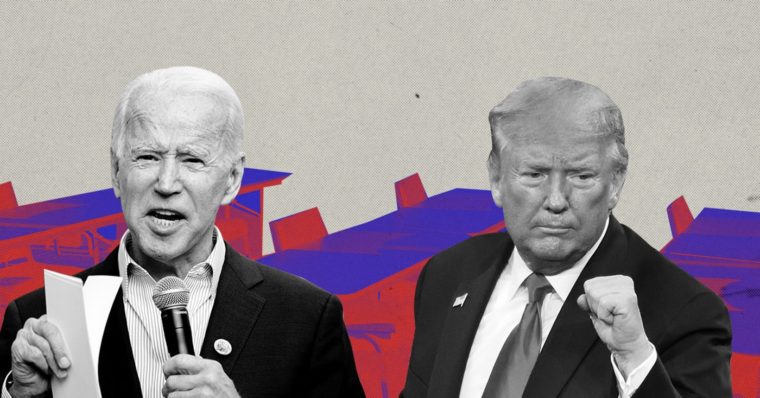 I have nothing but love and respect for Dr. Piper. His books and preaching have challenged me for years and still do. I appreciate his willingness to address difficult issues of the day. One of the sad realities of our day is how we have lost the art of disagreement. I have seen on social media people blasting Piper and saying they won’t read his books because of his most recent article.

My disagreement with Piper in regards to his piece on the upcoming election is substantial but not final. We must not judge a person by what they tweet alone. We must not form opinions of them by a single blog post. My disagreement with Piper is based on what he wrote in this most recent blog post but it in no way changes how I feel about him. As a culture in general and within the church in particular, we need to learn how to respond when we disagree. Cancel culture is not Kingdom culture.

Dr. Piper and I agree that the national coarseness of our dialogue is sinful and deepening. The things that are said in political ads, political debate, and Twitter have consequences. As a culture, we have shifted from a post-modern you have your truth I have mine to fundamentalism that says I am right and you are wrong. I have seen families no longer speak to each other because of who they will vote for or what policies they defend. I have seen friendships end because of the perception of disagreement without even a conversation. Donald Trump has done much to hasten the coarseness of our political discourse and create fractions.

Secondly, I know that Dr. Piper believes in the sanctity of life and the created order that informs our biological gender and our social roles in light of that biological difference. Finally, Piper believes that man is made in the image of God. This is crucial because it is the framework the supports how we live and interact in a sin-filled world.

Coarseness, fractions, and vulgarity are not only a Trump problem. They are a political problem. More broadly, they are a sin-filled human heart problem.

“In fact, I think it is a drastic mistake to think that the deadly influences of a leader come only through his policies and not also through his person. “Flagrant boastfulness, vulgarity, and factiousness are not only self-incriminating; they are nation-corrupting.”

This statement seems to assume that one leader is virtuous, and one is corrupt, or one is less corrupt. In the first debate, Trump consistently interrupted, name called, and demeaned Biden. Biden likewise called the President a clown, scoffed, interrupted (less so), and disrespected the governing authority. Both have been accused of inappropriate sexual behavior. Given the fact that both leaders have exhibited behavior that is fractious, vulgar, and boastful, what is left is their policies.

Our job as Christian voters is not to try to create a political kingdom in some theocratic sense. After all, our citizenship is in heaven. Our job here on earth is to demonstrate God’s kingdom and promote good and limit harm. There can be disagreement on policies. The idea by one political party that those who vote for the other candidate are no longer Christians is foolish. As Christians, the challenge for us is not to blindly follow one party to the point we conflate politics and faith. What politicians say they are going to do matters, and what the policies they actually enact matters more.

“It’s July of 1860. You’re a Christian slave buried deep in the bowels of a ship destined for Savannah where, if you survive the journey, you’ll be auctioned to the highest bidder. The presidential election is coming up. What do you pray your fellow Christians will do on election day?

Option #2: Vote for the candidate and party that will limit the evil of slavery even though the candidate himself is rude and arrogant.

Option #3: Refuse to support either candidate, especially the arrogant one, because the character of the candidate matters as much or more than his policies.”

Trump is not Herod.

In his polemic against Trump Piper seems to equate Trump with Herod “They (sins of pride) destroy persons (Acts 12:20–23)” To be clear, I don’t believe Trump to be a Christian. He may be, but I have not seen evidence that is convincing to me. This being said, Trump is also no Herod. Trump has consistently called for prayer, protected unborn lives, has actively fought to protect those persecuted for their faith in other countries as well as protect the religious liberty of all faiths here in the US. Even if you think these things are contrived, no Herod would do these things. He may be arrogant, but he is not evil and depraved, as was Harrod.

I actually think a closer example of Herod’s arrogance and evil in New York State’s Governor Cuomo. After the first abatement of the COVID-19 disease, Governor Cuomo said, “The number (covid cases) is down because we brought the number down. God did not do that. Fate did not do that. Destiny did not do that. A lot of pain and suffering did that.” When Cuomo says, “We” did this, it seems like political speech to say “I” did this. This is arrogance, the same man exulting God-hating arrogance that marked Herod’s life. Cuomo’s belief that babies can and should be allowed to be aborted after 24 weeks, what science has told us is the age of viability even if the mother’s life is not threatened, is also a very Herod move. If we want to start calling National political figures, Herod lets start with Cuomo.

Arrogance is not worse than murder.

Towards the end of his, article Piper says the following.

“I think it is baffling and presumptuous to assume that pro-abortion policies kill more people than a culture-saturating, pro-self pride.”

This seems to place arrogance not only on par with murder but above it. I could not disagree more with this statement from a philosophical or theology standpoint.

Natural law and God’s law both explicitly prohibit the taking of innocent life. The same is not true for arrogance. In Exodus, God says in no uncertain terms, “Thou Shall not Kill” While this does mean more than physical death as Jesus explains in the sermon on the mount, it never means less than killing. There is no explicit prohibition on the same level as this for arrogance. Is arrogance a sin? Yes. Will the unrepentant, arrogant fractious man go to hell? (Galatians 5:19-21) Yes. Is arrogance one of the ten commandments? No, it isn’t. This is no small matter. The ten commandments are foundational to law by which any nation Christian or not being able to function.

The ten commandments were not alone in its condemnation of murder; most Ancient Near East codes of law condemned murder as well. After the fall, the first sin that is punished is fratricide, not excessive sinful boasting. The evangelical lie that our culture loves most is that all sins are the same. This is a lie of damning proportions. All sins are the same in that the smallest lie to a planned genocide both separate you from a Holy God. All sins are not the same in how they affect us and those around us. I would much rather you be an arrogant jerk in the most sinful way possible than that you kill me. Murder is worse than arrogance.

It seems in John Piper’s reasoning that pride leads to murder, and the case for that can be made, but here is where I would differ from Piper philosophically. I believe that pride, fractions, arrogance are all the byproduct of murder rather than its source. In Romans 1, we see that the actions of sin that Paul addresses are the evidence of God’s judgment more than its cause. He gave them over to their own sinful desires is not an act of divine capitulation but an act of divine judgment.

In Dante’s Inferno, it is violence that leads you deeper into rings of hell the include fractions, hypocrisy and deception, all of which issue from a hardened heart created by a culture of murder that is pervasive in America today. The prohibition against murder was for the preservation of God’s image in humanity and the protection of the heart and affections of humanity. God knew that when you murder, you destroy two lives. One life is ended; the other is hardened and numbed by an act that was never supposed to be. So we then protect ourselves from exposure through arrogance and pride. What has led to our national discourse’s coarsening is not pride but the pride resulting from the hardness of a collective culture that sees murder as a right to be protected and celebrated.

Finally, I join my brother in Christ, Dr. Piper and say this we are exiles we are aliens and that both “abortion and arrogance can be forgiven because of Christ (Ephesians 1:7). ” And I invite you to become an exile — “to a kingdom that will never be shaken, not even when America is a footnote in the archives of the new creation.”