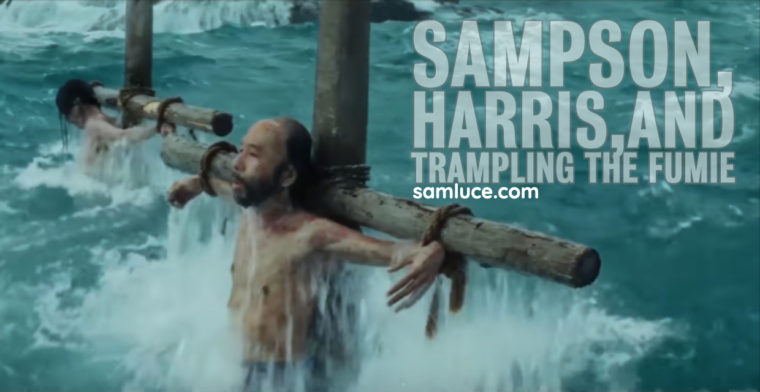 A couple of years ago I read the novel Silence by Shusaku Endo, I think of it often. There was something about it that was historical as it was based on historical events but yet profoundly modern.

The story is of two Jesuit priests who travel to Japan to find a Priest who had gone to Japan as a missionary and was feared that he had apostatized. Father Garrpe and Rodrigues arrive in Japan and start to preach and administer the sacraments in secret. Father Rodrigues believes that he and Father Garrpe are planting seeds of the gospel in the soil of Japan. They are grateful.

Not long after their arrival the town and the priests are betrayed and two of the men of the town are tortured. Father Rodrigues tries to reconcile what he has read about martyrs and his first experience with martyrdom. “They were martyred. But what a martyrdom! I had long read about martyrdom in the lives of the saints – how the souls of the martyrs had gone home to Heaven, how they had been filled with glory in Paradise, how the angels had blown trumpets. This was the splendid martyrdom I had often seen in my dreams.” Yet what he experienced was far different instead of trumpets there was Silence. Father Rodrigues never fully recovers from this perceived silence of God in the face of human suffering.

But God isn’t silent. He never was. Fear and sin had closed Father Rodrigues’ eyes and stopped his ears. Ultimately for Rodrigues is the sound of suffering and the voice of his captures telling him his faith was worthless was louder to him than the voice of God. Father Rodrigues finally trampled the Fumie (The face of Christ pictured and placed on a wooden plaque) because he failed to see the transcendent in the imminent. He chose to step on the face of Jesus that was in front of him to stop the suffering of those next to him because he could not hear or see the God that was all around him.

In their tale of de-conversion, both Josh Harris and Marty Sampson talk about the injustice, both questioned the foundation of truth. In their own way in light of relentless waves of cultural pressures have trampled the Fumie.

In recent weeks a former celebrity pastor Josh Harris openly announced his apostasy on Instagram and current celebrity worship artist Marty Sampson announced his faith was failing and he’s ok with that. How did Sampson and Harris get to this place?

They believed the post-modern lie that there is a fundamental problem with Christianity.

Father Rodrigues first believed that the soil of Japan accepting of the gospel and saw early fruit. He said “Yes, the seed had been sown; it sprouted forth with vigor; and now it was the great mission of Garrpe and myself to tend it lest it and ” In captivity, he saw that same soil stained with the blood of Christians at the hands of their captors. The officer who was breaking Father Rodrigues down told him the soil of Japan rejects the Europen faith of Christianity.  This is the same problem we see in our culture both Harris and Sampson each identify the problem as being a soil problem. That Christianity is not true because the soil of our culture rejects what the scripture says about your sin and my sin.

The problem is not a seed issue the problem is a root issue.
The church influenced by culture has believed the lie that we need fame for Jesus to be famous. So we turned Harris and Sampson into Christian Celebrities before their root system had developed before the depth of the scriptures had revealed their sin and tethered them to Christ. The problem here isn’t the soil it is the reveling in premature fruit of a rootless tree.

The pathway of modern apostasy in unfortunately well worn path. One of the things that they usually mention is that they believe in love and grace, but what they don’t realize is that the idea of love and grace is on their own terms. Once Father Rodrigues trampled the Fumie he was released from prison was given a new life, a new wife a new name. He had not only trampled the face of grace but was absorbed into a new identity that was unrecognizable. Many say they love Jesus but not his people and that they have found another path that leads to joy and happiness. Harris, unfortunately, is walking this familiar path.

We turned Harris and Sampson into Christian Celebrities before their root system had developed before the depth of the scriptures had revealed their sin and tethered them to Christ. The problem here isn’t the soil it is the revealing of the premature fruit of a rootless tree.

Harris asked for forgiveness from the LGBTQ community and to the Christian community he said “I can’t join you in your morning, I don’t view this moment negatively. I feel very much alive, and awake, and surprisingly hopeful.” He has trampled the Fumie and has taken a new identity. For this we should morn without him and pray that God will have mercy on him.

Gerard Manley Hopkins’ poem As Kingfishers Catch Fire paints a picture of God that is both vivid and penetrating. He says:

As kingfishers catch fire, dragonflies dráw fláme;
As tumbled over rim in wells
Stones ring; like each tucked string tells, each hung bell’s

He is saying God reveals himself to us in ten thousand places. The beauty that captures our hearts is because of what it points to. We all want transcendence we want to experience something beyond this life but so often we forfeit transcendence for what is in front of us. Because our minds can not hold immanence and transcendence in the same space. How can God be real if there is suffering? How can a transcendent God look down and judge a kind person who is living in what the Bible defines as sin? How can people suffer and God is silent.

“Hopkins’s diction conveys the vigor and spark and spontaneity that is inherent in all of life. The focused conviction expressed here is that it is Christ, the God-revealing Christ, who is behind and in all of this living.”
Eugene Peterson

They trade transcendence for imminence – failing to realize that Christianity is the only religion that offers both. A transcendent God who came close. Into the silence of this world, the transcendent God came close he made himself small. We will inevitably deconvert when we fail to Christ as both transcendent and immanent at the same time. Harris saw Christ as Big but not close this will always lead to spiritual pride and looking down on others as he has admitted. Sampson saw Christ as close but not big this leads to overwhelming and as a result, he was able to see God as a close friend who is powerless to save.

The weak, sometimes failed characters of Silence “expose our true selves.” Endo had harsh words for readers quick to judge the failure of Rodrigues: “How can anyone who has never experianced the horrific tortues of the Christian persecution era have any right to say anything about the depth or shallowness of the believers then? …First that personhas no imagination. It shows not the shallow faith of thosw who end up apostatizing, but it reveals the lack of compassion in the ones making such a judgment.” Too often, in our tendency to ake heroes out of faith leaders, “we fall into a false dichotomy of seeing faith only in terms of victory or failure, which leads us to dismiss and discard the weak,”

De-conversion stories should cause us to morn and make us look at our own hearts exposed and see our own frailties and our need for a God. What is our only comfort in life and death? That we are not our own but belong body, soul, and spirit to our faithful savior Jesus Christ.

How do we avoid de-conversion?