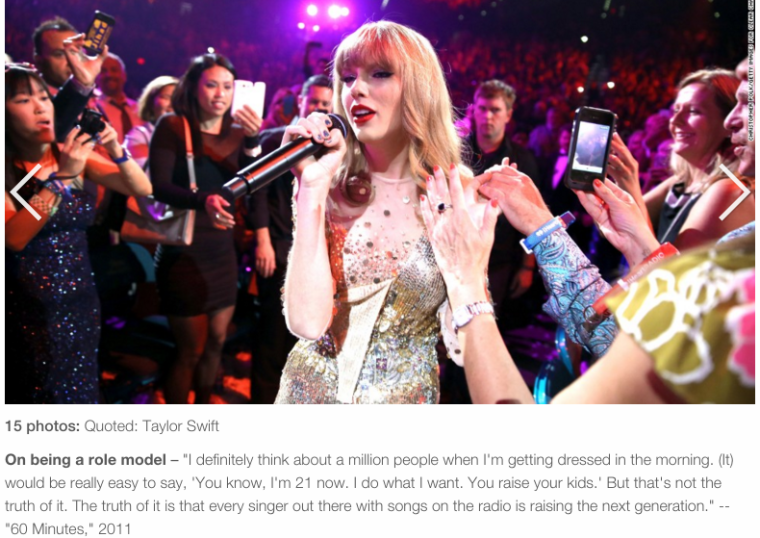 In a seemingly unending stream of Disney, pop stars overdoing their sex appeal to shed the Disney moniker thinking somehow that being seen as wholesome is a death-blow to their career. So they drag all their fans generally young girls through their smutty transformation with them. They care more about their success than those who made their success possible.

Love what Taylor says on the subject of her being a role model.
“I definitely think about a million people when I’m getting dressed in the morning. (It) would be really easy to say, ‘You know, I’m 21 now. I do what I want. You raise your kids.’ But that’s not the truth of it. The truth of it is that every singer out there with songs on the radio is raising the next generation.”

Such a powerful statement even more powerful when you understand that Taylor gets her fame. “Every singer out there with songs on the radio is raising the next generation.” Talk about partnering with parents. If more pop stars understood this it would be easier to raise the next generation. Thank you, Taylor Swift, for taking your fame seriously.