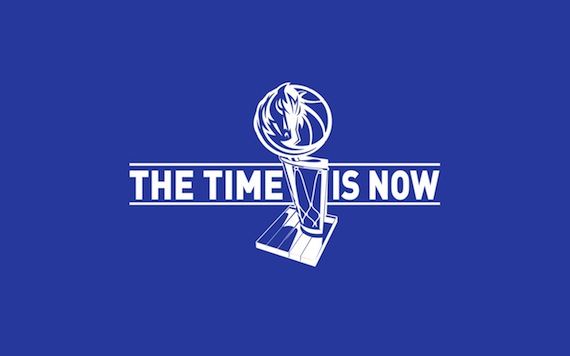 As a kid growing up I loved basketball. I cut my teeth on the Celtics vs. Lakers match-ups that really prepared the NBA for a star like Michael Jordan. Who single handedly launched the NBA to another level and ruined the game forever at the same time. I saw that because the unfortunate byproduct of Jordan’s individual greatness is it has created a generation of selfish ball hogs. Jordan in my opinion was a team player but he took over when he had to.

Thanks to ESPN the only part of his game people remember is when he took over the game. Every kid from New York to LA grew up idolizing him for good reason he was and is the greatest to ever play. The problem is they focus on his ability to take over a game not lead a great team. As a result the NBA has been flooded with a generation of ball hogging babies that are very talented but also very self-absorbed.

Give me a team with less talent that’s a team any day. To me that’s what the Mav’s are. A team with talent but a team everyone has a role each role important but everyone has a clearly defined roll and they are good with that. Much like the Yankees of the late 90’s. When you play as a team it doesn’t matter who scores because you are winning as a team. The heat are the most talented team in the NBA individually but individual talent doesn’t produce long term results. Will the Heat win a championship? Maybe. Will they build a dynasty? I don’t think so.