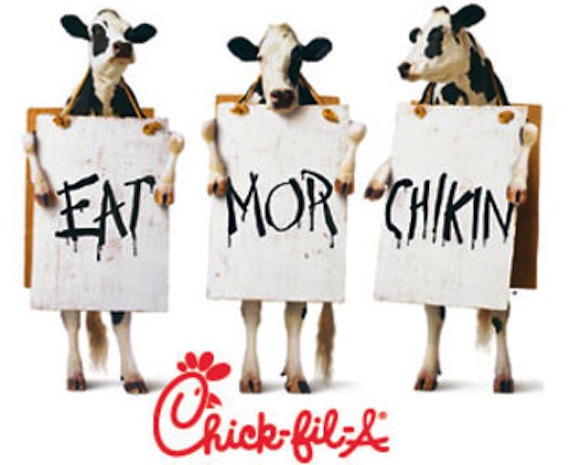 In contrast to Wal-mart we went to lunch as a family the day after Black Friday at Chic-fil-a. It was crazy busy but didn’t feel busy because even though they offer food at a great price they value their customers over their prices.

Here is what my family and I experianced.

1. They had enough staff to handle the busyness of their restaurant.
2. They didn’t charge extra for the little things like sauces and refills.
3. They had a clean playground with one entrance and exit for our kids.
4. They checked on us at our table more than most servers do at a traditional restaurant.
5. They honored a promotion for us that another store was doing.
6. They answered all of our requests with “It would be my pleasure”

Why will I go back to Chick-fil-a next time I’m in the south? One word. Leadership.

I remember hearing a story about Chick-fil-a. They was a competitor that was expanding very fast and was putting the pressure on Chick-fil-a. All the young executives were trying to figure out a way that they could expand to grow the reach of Chick-fil-a and match their competitors aggressiveness they were concerned with growing their organization bigger.  The founder and CEO Truett Cathy started pounding his fists on the table until all his young executives where quite and he said the following “Better not Bigger. If we focus on getting better our customers will demand we get bigger.”

That is why Chick-fil-a is Chick-fil-a and wal-mart will always be wal-mart. It takes leadership to focus on the right things when everyone is focused on the bottom line. Better not Bigger.