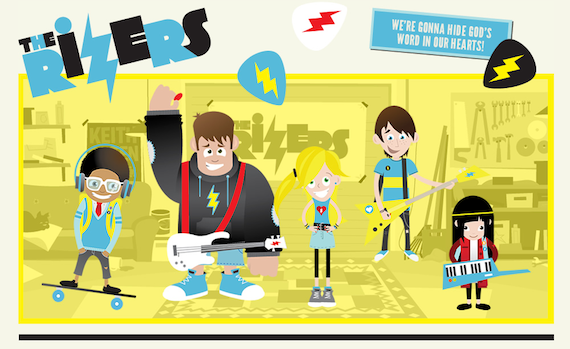 Have you ever gone to see a movie because the first one was so good and you left wondering why you wasted your money. I have. The new Rizers CD was nothing like that in fact I may like the second album better than the first one.

I love how they take scripture and bring it to life in a way that it gets stuck in your head whether you like it or not. Every time I hear kids worship that is made on this level I think how blessed our kids are to grow up with resources like these. When I was a kid we had a singing Robot named Colby and Bullfrogs and Butterflys.

You kids will love this CD I guarantee it. We do a dance party with our kids most nights before bed. The new Rizers CD has made it’s way right after Party in the USA and Dynamite. Track 1 John 14:27 (Do Not Be Afraid!) is our favorite. We also like Track 04 Philippians 4:13 (I Can Do Everything!). If you have kids or are looking for some fun Scripture based worship music for your kids church you need both of their albums.

One last thing. I love the rizers because they believe in the local church and their mission statement is right on! Our mission is simple, we want to instill in kids a love for Jesus Christ and his Word through Scripture memory, praise and worship. We need more resources to help our kids love the bible. So go out support The Rizers download a disk today from Amazon, you will thank me later.

*The Rizers provided me with a free copy of their CD to review. 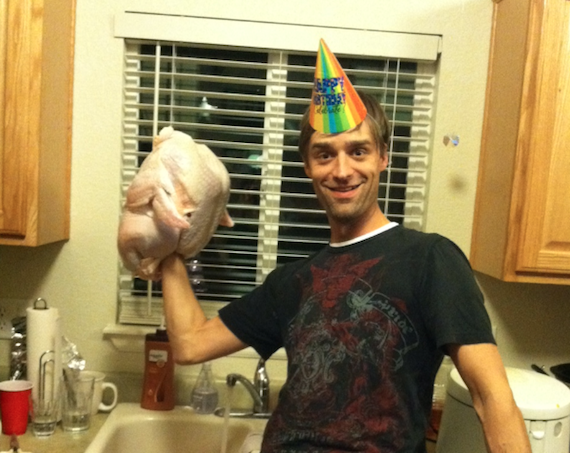 Today is Thanksgiving. One of the best pieces of advice I have ever gotten was from Brother Jim. He told me that when I feel overwhelmed or feel like giving up I need to practice thankfulness. I am so grateful for all of my families.

1. My personal family I am spending the week with them such a blessing love my family to bits.

2. My church family – So blessed to be part of a church family that loves me and my family. I am blown away by the team God has allowed us to be a part of.

3. My blog/kidmin family – Appreciate each of you stopping by my blog adding your voice to the conversation. You all bless me beyond words.

Our church is in a series called Grow Up. We are walking through the book of 1 Corinthians talking about spiritual maturity. We did a few sermon bumper that I thought were hilarious. Our video guy Matt Daughtry is talented, leads a great creative team and is one of the nicest guys I know.

Growing Up – The Office from redeemer.tv on Vimeo.

Growing Up – The Office Part 2 from redeemer.tv on Vimeo.