Most people get into kids ministry because they have a passion to lead and teach kids. Here’s the rub. Children’s ministry is much more about leading leaders than it is about leading kids. If there is one shortfall of kids ministry in general it’s people being promoted to lead the kidmin in churches because “They are just a big kid themselves.” If you want to make an impact in the life of a kid you had better learn how to lead leaders.

Here is why I’m excited to be going to CM Leaders.

1. No breakouts – I know many would say “I love breakouts” I hear ya a good breakout is amazing yet a good breakout can be hard to find. I like the TED Talk version of a conference where you are all in the same room together hearing the same speakers the whole time.

2. The leaders that will be sharing are world class – Pumped to hear people that you don’t always get to hear like Steve Adams and Margaret Feinberg.

3. It’s a kidmin conference created around the idea of growing leadership level of kids ministry leaders. Most kids ministries stall not because the person leading it doesn’t love kids it’s because he or she doesn’t know how to translate that love for kids into the lives of others.

CMLeaders should be amazing I hope to see you there. You can register HERE

Last year was the first year group did their own ministry conference. I attended and did a couple of breakouts. I had a blast got to meet a lot of new people and reconnected with some old friends. Chris and her team did a great job putting together a conference that is definitely worth attending.

Here is why I think you should attend.

1. It is one of the most intentionally relational conferences I have attended. They offer multiple places and multiple ways for people to network and connect with one another.

2. If you use Group stuff you will get more out of the conference because they base it around their R.E.A.L. philosophy (Relational, Experiential, Applicable, and Learner-Based) They ask each of the break out speakers to make sure the format of their break out follows these four points. I think this is great. If you don’t use Group stuff you will still get a lot out of this but you just wont understand the why behind what you are hearing.

3. It refreshing to have a conference not located in the Bible Belt. No offense to you Southerners but when I have to take three connecting flights to get to the conference because I live in the north it gets old. It’s also driving distance from much of Middle and Eastern US.

4. If you use groups VBS or curriculum stuff it is a great opportunity to speak to the people who created it. Learn how they think ask questions to be more effective at using groups curriculum.

It’s a great conference. I hope to see you there.

They are only a few hundred seats left so make sure that you register asap! REGISTER NOW 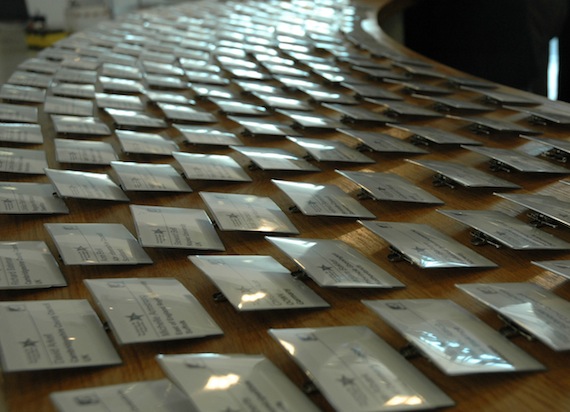 I remember when I first became a kids pastor years ago there were only a couple of options when it came to attending a conference. It was this or that. There are now so many conferences out there that how you pick conferences has to change. I believe that you now need to attend a conference based on what you feel your needs are. Until a couple of years ago I had only attended a few conferences in the course of 12 years of ministry. I was not a conference junkie by any means. I did pick conferences that I felt would help me grow a pastor and leader.

Over the next few days I am going to talk about the conference I will be attending in the fall and highlighting a few of each conferences strong points. This by no means will be a comprehensive list, but rather a point of reference that I hope will help you make the best decision for you and the ministry you lead.

I believe you need to keep a few things in mind before blindly booking a conference package. As you read my posts over the next few days ask yourself these questions.

1. What area do I need to grow in most this coming year?
2. Where is my church at presently and where is it headed?
3. What is the bottom line price of this even with pre-cons included?
4. What value can I add as someone attending? 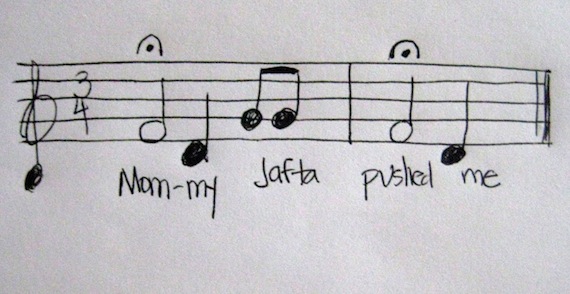 Chris Spradlin over at EpicParent.tv wrote a great post about Tattling vs. Telling. I love his take in encouraging our kids not to tattle we need to also let them know when to tell.Read it here.

I have had a few parents ask abou the issue of tattling. I thought I would address it in my Guerrilla guide.

At the Luce house you are tattling if you are telling Mom and Dad about something that you haven’t tried to resolve first. In our quest to be fair and keep the peace with our kids we are not teaching our kids to be problem solvers. What we are teaching them to be are whiners.

Boy #1 is repeating everything boy #2 is saying. Boy #2 is frustrated and he comes and tells mom and dad that Boy #1 won’t stop copying him. Dad says “Did you tell him to stop” Boy #2 “No” – That in our home is tattling.

Boy #1 is repeating everything boy #2 is saying. Boy #2 is frustrated and he comes and tells mom and dad that Boy #1 won’t stop copying him. Dad says “Did you tell him to stop” Boy #2 “Yes and he still won’t stop” – That in our home is telling. Totally permitted. Teaching kids to speak up does two things. It teachings the kid who is frustrated to learn how to create boundaries. It helps the kid who is being annoying that they need to respect others if they are going to achieve anything in life.

We need to give our kids the tools they will need in life and help them be problem solvers. Stepping in and solving conflict FOR your kids helps no one.