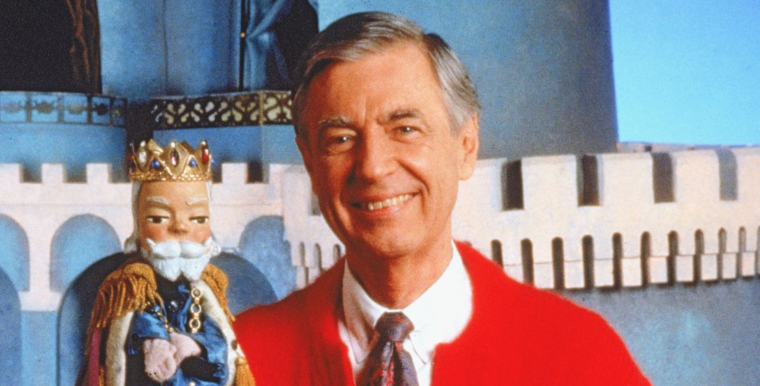 What Fred did was different. He didn’t distract kids from the pain and questions that were making them sad or scared. He looked in the camera and spoke from his heart to theirs. He did this because he remembered what it was like to be a child once. He wasn’t trying to force kids to grow up and act older than who they were. He was interested in helping kids understand that we grow, learn, and love in families, communities, and neighborhoods. It isn’t castles and clouds that make us forget our problems for a day. It’s the embodiment of being in a particular time and a particular place.

Kids don’t need to be entertained as much as they need to be loved and listened to. Anyone can put on a video and walk away. Anyone can create an event that is non stop excitement, and I think the church has gotten really good at production values and excellence. What we need to get better at is remembering that we were kids once. At telling kids the truth. At listening to kids and looking at them in the face when they are speaking to us. Kids like Disney, but they live in neighborhoods.

Walt was concerned with how his park made you feel. There is close attention to sights, sounds, and smells. Fred was more concerned with who you are becoming. In his now-famous interview with Mr. Rogers in Esquire Magazine, Tom Junod said of Fred that “There was an energy to him, however, a fearlessness, an unashamed insistence on intimacy.” This is the problem with entertainment; it leads to a consumer-driven faith where we show up and get our money’s worth. The production values are high, and we expect nothing less—excellence matters. God is a God of creativity and excellence we tell our selves. Yet when God sent his son into the world, he did so in such an ordinary way. He sent him in a way that most people missed Him because they were looking for a conquering King, not a helpless baby.

Fred’s idea was different. He was not driven by flash but by substance. He was not about entertainment. He was about incarnation. He showed us that loving your neighbor well matters. We must be more obsessed with who our kids are becoming, not just how we can get more kids coming. Who our kids are becoming will force us to lead different to love different to focus on things that don’t just take their mind off their pain. But instead, point them to the one who can destroy their pain with the power of his love.

Mr. Rogers was not against big things; he just knew that they came from small beginnings. “He wanted to tell children that what starts out little can sometimes become big, and so that could devote themselves to little dreams without feeling bad about them.” Mr. Rogers reminds us as kids ministry workers as parents of kids that presence trumps production value. To show up. Listen. Insist on intimacy. Tell your kids the truth; they like to be told. Remember that you were a kid once. Most of all, remember that God was a kid once.

Sign up to receive my blog posts via e-mail and get a FREE copy of my NEW Online Safety e-resource.
Your information will *never* be shared or sold to a 3rd party.
Comment4 | Share | Tweet | Pin It | Buffer | print | email
Categories: Leadership, Media, Ministry