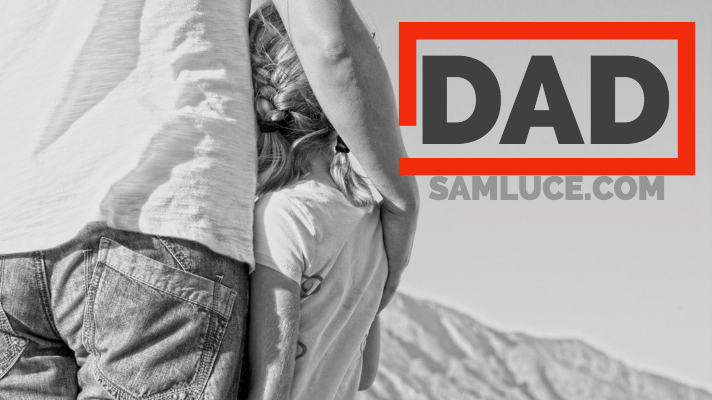 The debate over family ministry has been alive and well over the past ten years, and for that I am grateful. One of the things I was not aware of is how Dad’s were removed from being the primary spiritual leaders of their homes through the industrial revolution. Up to that point, there was no separation of duties within the family. The husband and wife were partners in both the economics of their home as well as the more domestic tasks of child-rearing within the home. What’s crazy is the church let it happen.

In her book Total Truth Nancy Pearcey describes the role of fathers:

Dad was called to sacrifice his own interests—to be dis interested—in order to represent the interests of the whole. Husbands and fathers were not to be driven by personal ambition or self-interest but to take responsibility for the common good of the entire household.

Being a father was not a separate activity to come home to after a day at work; rather, it was an integral part of a man’s daily routine. Historical records reveal that colonial literature on parenting—like sermons and child-rearing manuals—were not addressed to mothers, as the majority are today. Instead, they were typically addressed to fathers. Fathers were considered the primary parent, and were held to be particularly important in their children’s religious and intellectual training.

As a result, the most striking feature of child-rearing manuals of the mid-nineteenth century is the disappearance of references to fathers. For the first time we find sermons and pamphlets on the topic of child-rearing addressed exclusively to mothers rather than to fathers or both parents. Men began to feel connected to their children primarily through their wives.

“Women took men’s place as the custodians of communal virtue,” Rotundo writes, but in doing so, they “were freeing men to pursue self-interest.”  In other words, men were being let off the hook

instead of challenging the growing secularism among men, the church largely acquiesced—by turning to women. Churchmen seemed relieved to find at least one sphere, the home, where religion still held sway. Whereas traditional church teaching had held that fathers were responsible for their children’s education, in the early 1800s, says one historian, “New England ministers fervently reiterated their consensus that mothers were more important than fathers in forming ‘the tastes, sentiments, and habits of children,’ and more effective in instructing them.” As a result, “mothers increasingly took over the formerly paternal task of conducting family prayers.”

We need Godly women and Godly mothers, but I have to say that I agree with Nancy our culture in general and the church, in particular, has let men off the hook. We preach to mothers and expect them to translate it to fathers. We seek the path of least resistance, and it has hurt both the church and the family. I have been guilty myself at times in decrying the feminization of the church. I will be the first to admit many times I have given into the idea that women are the bastions of virtues and guys are the lucky recipients of said virtue.  The church has taken it’s parenting cue from the culture that says parenting is women’s work and dads get a pass. Who suffers? Our kids. If I am honest, I gear most of my “parental partnership plans” to mothers. This has to change.

What also must change is our tone in how we train, educate and treat men. There have been many wrongs committed by me to be sure, but in our right desire for justice we must be sure to be specific, or we will do damage that will take generations to recover from. So many in culture today demonize “Patriarchy” the problem is that in demonizing men and the role they play women more of what they think they want and less of what they need. The problem isn’t patriarchy the problem is sinful patriarchs we need to address the sins that we see rather than demonize and further push men to the fringes of society. The answer to the evils our society blames on patriarchy isn’t feminism its the recovery of biblical manhood and womanhood.

“Instead of challenging the growing secularism among men, the church largely acquiesced—by turning to women.” I think the next wave of family ministry focus needs to be geared toward dad. How do we help dad engage in the home? How do we help dads win? How do we move the deeply entrenched idea that raising children is not women’s work?

Lastly in our stance against gender confusion lets clearly define how God sees the family unit as it functions best — not rejecting hundreds of years of orthodoxy because we are afraid of challenging the growing secularism in our culture.

Dad’s be who God has called you to be where he’s placed you. Being a good dad comes from a place of understanding the heart of the Father who while you were still a sinner sent his only son at grave cost to redeem you to restore relationship with you. It doesn’t matter what kind of father you did or didn’t have. You have been rescued by almighty God. Be the dad your kids need, God’s Word requires and God’s grace empowers.

Sign up to receive my blog posts via e-mail and get a FREE copy of my NEW Online Safety e-resource.
Your information will *never* be shared or sold to a 3rd party.
Comment11 | Share | Tweet | Pin It | Buffer | print | email
Categories: Leadership, Ministry

11 thoughts on “What do Families Need Most? More Fathers.”