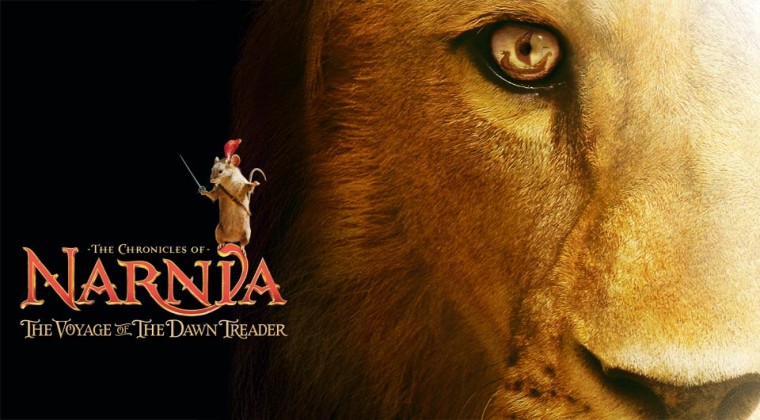 “The pleasure (quite new to him) of being liked and, still more, of liking other people, was what kept Eustace from despair. For it was very dreary being a dragon. He shuddered whenever he caught sight of his own reflection as he flew over a mountain lake. He hated the huge batlike wings, the saw-edged ridge on his back, and the cruel, curved claws. He was almost afraid to be alone with himself and yet he was ashamed to be with the others. On the evenings when he was not being used as a hot-water bottle he would slink away from the camp and lie curled up like a snake between the wood and the water. On such occasions, greatly to his surprise, Reepicheep was his most constant comforter. The noble Mouse would creep away from the merry circle at the camp fire and sit down by the dragon’s head, well to the windward to be out of the way of his smoky breath. There he would explain that what had happened to Eustace was a striking “illustration of the turn of Fortune’s wheel, and that if he had Eustace at his own house in Narnia (it was really a hole not a house and the dragon’s head, let alone his body, would not have fitted in) he could show him more than a hundred examples of emperors, kings, dukes, knights, poets, lovers, astronomers, philosophers, and magicians, who had fallen from prosperity into the most distressing circumstances, and of whom many had recovered and lived happily ever afterwards. It did not, perhaps, seem so very comforting at the time, but it was kindly meant and Eustace never forgot it.”

The past four months have been some of the most difficult our family has ever faced. There were times when I wondered if we would ever be back to normal again. It’s in those moments when the beastliness of what you are facing overwhelms you that you begin to feel despair. I can honestly say that in those moments someone always showed up. Tears come to my eyes when I think of our church, or friends and our families. I don’t remember everything everyone said or did as much of it was a blur, what I will never forget is the kindness that people showed in cards, prayers, text messages. I can’t thank you enough. Thank you for showing up for our family.

What I learned from each of you is to “just show up.” In Lewis’ story Reepicheep didn’t say the right thing to make Eustace feel better. In fact he said all the wrong things but what Eustace never forgot was his kindness. My challenge to each of you is this “show up.” Don’t avoid people, friends in pain because you are afraid of saying the wrong thing just show up. Just like that kid who I gave the wrong gift and probably said the wrong thing, he didn’t remember what I said he remembered who I was. That is what every kid in our church needs, every family struggling, every friend who lost a loved one is going to remember not what you say but who you are. Just show up.

Sign up to receive my blog posts via e-mail and get a FREE copy of my NEW Online Safety e-resource.
Your information will *never* be shared or sold to a 3rd party.
Comment3 | Share | Tweet | Pin It | Buffer | print | email
Categories: Gospel, Gratitude, Personal, Sandra Updates

3 thoughts on “Just Show Up”