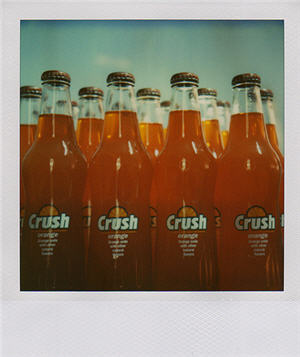 Short post today. Read this about a year ago. 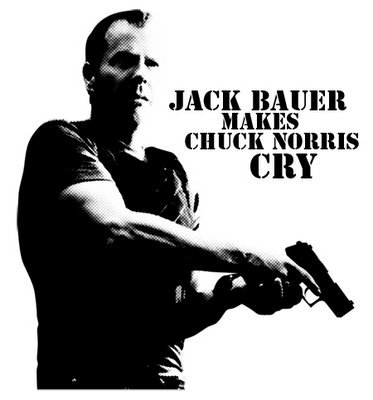 24 has stated again after a much needed year off. I would like to start by saying I have seen every episode and started watching from the first season. With that being said for those new to the show enjoy.

At the risk of sounding like a jaded fan who is ticked that the writers of 24 who have either become board or drunk on their own success. Let me give you a rundown of what to expect the next 20 hours or so.

1. Tony Almeda is not a bad guy but a good guy working in “Deep” cover.

2. The real bad guys are connected to the President

3. Tony will be abducted when his transfer to holding convoy is attacked.

4. Jack will fall in love with new FBI babe

5. FBI babe will be abducted and Jack will go rogue to get her back.

7. CTU people will pop up all year “reassigned” to other agencies

8. Jack will be arrested. As a professional courtesy he will not be handcuffed and will administer a smack down to person who granted said courtesy.

9. Anyone swat team member who we do not know the name of will always be killed doing a raid with Jack.

10. Jack at some point will stop his heart and then be administered epernefrin.

11. Jack will be convicted by a house subcommittee and indicted then after he saves the President will receive a full Presidential pardon.

12. There will be at least one internal government mole more than likely two to three.

To the writers of the first five seasons. “Come back Jack needs you.”

To the writers of seasons six, seven and eight. “May Jack find you and integrate you Bauer style”.

My suggestion shut it down and turn it into a movie franchise, like Borne identity and Bond.

Still haven’t figured out why Christians have to rhyme stuff with each new year we enter. Not sure what 2010 holds but whatever happens God is going to do it again in 2010.

A friend of mine sent this to me I thought it was quite clever.

Two Thousand and Nine is the year of:

If you are in the Prophetic Movement
is the year of New Wine.

If you are in the Intercession Movement
Is the year of Drawing the Line.

If you are in the Emergent Movement
Is the year of Drinking a good Chardonnay Wine.

If you are in the Deliverance Movement
Is the year of Commanding Demons into Swine.

If you are in the Seeker Movement
is the year of come as you are all are ﬁne.

If you are in Todd Bentley Movement
Is the year of a new brine.
“Pickle me Lord”

If you are in the Healing Movement
Is the year of another healed Spine.

If you are in the Inner Healing Movement
Is the year of a new whine.

If you are in the Prosperity Movement
Is the year of its all mine.

Our church did the Advent Conspiracy for the first time this year. Amazing. We have a church of about 1200 at three campus locations. Our church gave 82,000.00 to a variety of charities (love146, smiletrain, livingwater). It a time when people are watching what they spend this is awesome. Mt. Zion you rock! Here is what my friend and fellow blogger had to say. Mike Servello’s blog.

This is bit late but still funny. We have a lot of Italians up here and I happen to be married to one. So to all my Italian friends and those who wish they were enjoy.