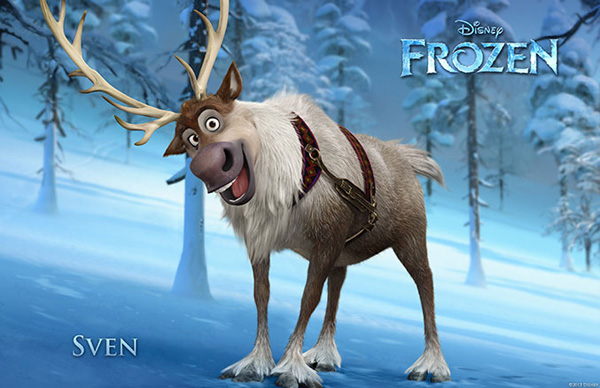 I was blown away that Disney had somehow remembered how to tell a good story, until I saw that the Executive Director of the film was John Lasseter. John is the Chief Creative Officer of Pixar. What most people don’t know is that Pixar was a computer hardware company that hired a guy named Ed Catmull in the early 1980’s who built a team including an unknown former Disney animator named John Lasseter to work on creating short films that would aid in the selling of Pixar computer hardware. Catmull was undeterred he had a dream to produce a full length feature film that was created via computer animation. He had a long way to go.

Pixar would become a sensational success, but not at all according to an ordained plan. Pixar was a hardware business, a software business, and a digitally animated TV advertising company before it became a full-length feature film company. Ultimately, it was the audacious vision of one of the key members of the Pixar team that ultimately prevailed.

Critically, the short films also allowed Pixar to continue to develop its means, including the company’s digital animation expertise, reputation, brand, and ever-improving technology. They also continuously developed the ability to tell a good story. Each short became more emotionally nuanced and graphically realistic as Pixar built increasingly sophisticated software. These progressively developed technology and storytelling means were what convinced Disney to partner with Pixar to make Toy Story. It was that partnership that then provided the additional financial, production, and distribution means that Pixar needed to accomplish Catmull’s vision. As Price learned, “It was the quality of this body of work, rather than old-boy connections or an isolated break, that had made Pixar the front runner once Disney became interested in the medium [computer animation].” Pixar had finally gained enough storytelling, technology, and animation means, as well as the necessary insight into the problems they wanted to solve.  Little Bets: How Breakthrough Ideas Emerge from Small Discoveries by Peter Sims

Pixar animation struggled from the start to survive and overcome the still rudimentary looking animation computers provided they had to learn to tell good stories. Why Pixar became such a massive success was primarily because they told good stories that allowed them the time they needed for technology to catch up to create imaginary that matched the stories they were telling.

Here is where this hits home for the church. In our kids ministries and youth ministries we get obsessed with doing ministry with the latest technology, apps, iPad check-in, lights and video content. What I am wondering is not how cool are your gadgets but rather how good are you at telling stories.

Sign up to receive my blog posts via e-mail and get a FREE copy of my NEW Online Safety e-resource.
Your information will *never* be shared or sold to a 3rd party.
Comment15 | Share | Tweet | Pin It | Buffer | print | email
Categories: Media, Ministry

15 thoughts on “Why Frozen was so captivating.”