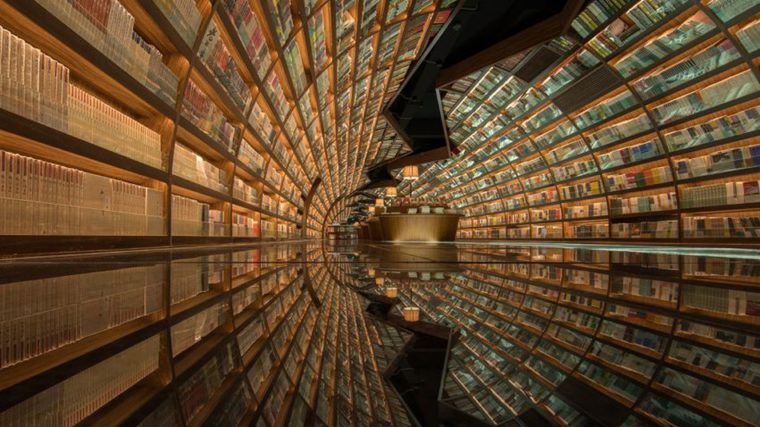 This year I wasn’t sure how many books I would be able to read other than the books I had to read for Seminary. So to maximize my time I tried to remove time killers like I Netflix and the increasingly painful to watch cable news. I went with my strategy of having a physical book, an audiobook and a kindle book I am always reading at the same time. This year I read more old books than I have ever before. Some of that was for school part of that was because I believe that the crazier things get in the evangelical world the more we are going to need the voices of those who have been there and done that already. What orthodox believers need to comfort themselves with is not politics but the reality there is no new heresy, there is no new theologically liberal idea that someone hasn’t thought of already. You don’t know this unless you read old books. Like every year I encourage you to pick up an old book. 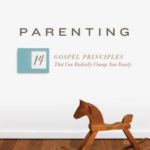 I haven’t read a parenting book in a while so when this one came out I jumped on it. Sandra and I actually have been using this for a small group we are doing with some friends. Tripp’s opening salvo states that parenting is primarily about confession. The whole book is framed around the idea that we need God’s help as much as our kids. Such a crucial read for every parent. We are going to be using it again this spring for our next small group. 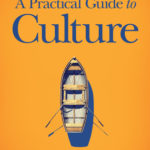 A Practical Guide to Culture by Kunkle and Stonestreet

Raising kids in today’s world doesn’t happen by parents hoping for the best, it happens because of relentless effort and relentless trust. We trust God but we also have to put in the effort to help our kids not just know the Bible but to allow the Bible to frame their thinking. Lewis says it brilliantly this way “I believe in Christianity as I believe that the sun has risen: not only because I see it, but because by it I see everything else.” This is one of those books it helps you see everything through the lens of the gospel over the lens of your gut instinct which is always wrong. If you have children anywhere near middle school buy this book. 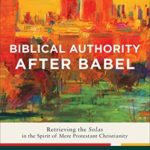 Biblical Authority After Babel: Retrieving the Solas in the Spirit of Mere Protestant Christianity by Kevin Vanhoozer

This year was the 500th Anniversary of the Reformation. Our church did a sermon series on the Solas of the Reformation so to keep our youth and young adults team tracking with our lead pastor we read this book together. It was not a super easy read but the way Dr. Vanhoozer approached the five Sola’s of the reformation was not how I was expecting yet found myself grateful for the recovery of so many truths that had gone dormant in the Church. 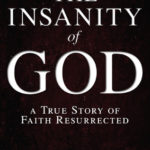 The Insanity of God by Nik Ripkin

I have intentionally been trying to read more books about missions for my own heart and because we are going to be teaching the kids at our churches about a different missionary the first weekend of each month. The Insanity of God moved me to pray for missionaries serving in the worlds most dangerous places. Dr. Ripkin travels around the world and interviews leaders in the persecuted church to see why they are different from Christians in the west. His answers to this question are profound, penetrating and life transforming. Thank you, Jenny Smith, for the recommendation. 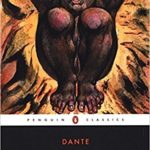 Dante’s vision of hell is both captivating and convicting. To read the Inferno and not see your own sin is to not read the Inferno. As Dante walks us through the underworld in every circle of hell you see Date wrestle with his own sin and speak out against the sins of the church and the factionalism that has torn him from the home he loves so much. The Divine Comedy is written by a pilgrim in exile and serves as a great way for us to read scriptures and as a guide for evangelicals who are no longer the moral majority but a marginalized minority. 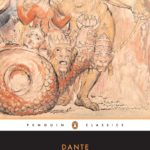 This was my favorite of the three volumes of the Commedia. As Protestants we like hell but not so much purgatory. I don’t believe in purgatory but reading this book in the context of sanctification here on earth helps put it in a Protestant context. Purgatory is the center of the Commedia and therefore the most important to Dante. What was so profound for me in this volume was how Dante describes everything in terms of love. That most of the sins we commit are not due to a lack of love but due to either misdirected love or excessive love. I literally cannot wait until I have the time to re-read the Commedia again in Dorothy Sayers’ translation. 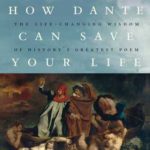 How Dante Can Save Your Life by Rod Dreher

I stumbled upon this great book by Rod Dreher as I was reading Dante myself. I thought it might be fun to read at the same time as I was reading the Commedia for myself. It was fascinating to hear Rod juxtapose his life with Dante’s life. Dreher is a talented writer to be sure, he has received much more press for his other books but this one was my favorite because, in the same way, Dante saved Dreher’s life Rod might have saved mine. My main takeaway from this unexpected gem was “You have to love people for who they are not who you want them to be.” 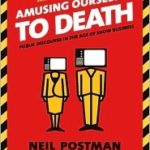 Amusing Ourselves to Death by Neil Postman

Everything Postman says about the TV is five thousand percent more applicable to the internet which didn’t exist when he wrote this book. Postman looks into the future and describes the ills of America like he read the New York Times this morning. This book is a must-read for every parent, educator, pastor or leader. So profound and deadly true. My favorite part of the whole book was the introduction. The introduction alone makes buying the whole book worth buying. 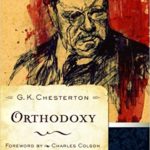 This is one of those books that you have to read at least once. Chesterton’s massive influence on Lewis alone necessitates a reading even if it’s only out of courtesy for his influence on the literary world. This book was excellent. I didn’t agree with everything he said but overall he’s brilliant and I will have to read this book at least a few more times to fully grasp everything he was saying. My professor says that most often when you finish a great book for the first time is when you are then ready to truly read it for the first time. 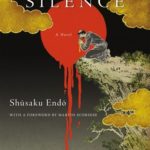 This book was incredible so much more powerful than the movie could ever portray. The way in which the Japanese attacked and destroyed Christianity is like the playbook for relativistic moderns. How the Japanese leadership breakdown the Priest they capture is like a play-by-play replay of how most English and humanities teachers in college attack the faith of their students (this is not true of every professor but is true of many of them.) For kids heading off to college, this book is a must-read.

Here are all the books I read this year.

Sign up to receive my blog posts via e-mail and get a FREE copy of my NEW Online Safety e-resource.
Your information will *never* be shared or sold to a 3rd party.
Comment0 | Share | Tweet | Pin It | Buffer | print | email
Categories: Leadership, Personal