Well the last few hours have been interesting. I am no longer a twitter fugitive. I have been fully reinstated but being reinstated alone does not heal or repair the significant amount of emotional trauma I experienced. I have since been approached by Random House publishers to write a book on my ordeal. (Not really, but the fact you believed me says something about our culture.)

Here is the outline I would submit on “Things I Have Learned As A Twitter Fugitive.”

1. Submit a support ticket to Twitter pleading your cause.

2. Leverage your community. Begin a grass roots campaign to have people vouch for you as a spammer has no one to vouch for them.

3. Have multiple accounts – I have 10 or so that can help assail twitterverse.

4. Remove all junk food from the house as that is where many people turn for comfort. This is also a forthcoming chapter in a Thin Man’s Guide

6. Make sure your aviator is full clothed.

8. You are not allowed to Name squat. (I.E. you can’t sign up as Michael Jackson and twitter random thoughts from the grave) Many people made lots money from squatting on domains. That is not permitted in Twitter.

9. Lastly more than Technology is not an end in itself but a means to an end. I truly believe you can build and sustain meaningful relationships online. Thanks to all who held a virtual candle light vigil. And to Bono for the charity concert. To @chicowoo for organizing it all.

Thanks for everyone who helped me fight for my twitter freedom. #freesamluce 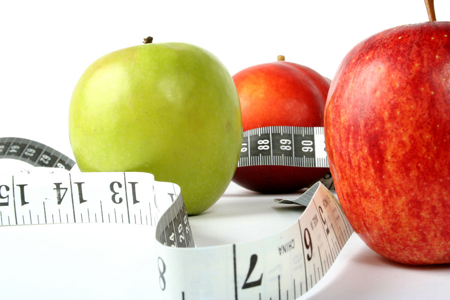 This week I thought I would give you the cliff notes, the executive summery on my forthcoming book. “A thin man’s guide to losing weight.” It is still the first part of the year and diet commercials are in full swing. I guess it’s not to late. I will every so often give you the rundown on a chapter of my book.

In my last blog post, I talked about protecting girls in a #metoo world. My hope was to give practical suggestions that will help empower girls and women to be kind yet proactive, respectful of all yet cautious with trust. I think teaching girls appropriate boundaries as well as teaching them how to respond to unwanted advances by any man in their life is always appropriate. That being said #metoo is predominantly a male problem that is a reflection of a culture that values sex above personhood. To abuse, women is to revert to the pagan view of women being a commodity or property. Christ changed the value of women and Christianity should be the greatest champion of women because of whose image they bear and because of the value Christ placed on them in his earthly ministry. To be clear the sexual abuse problem in our country is not the fault of women at all.  Should women dress modestly? Absolutely. Is the modestly or immodestly of how a woman dresses justification for harassment or assault? Never.

What we teach our boys in the sex-crazed world we live in matters and matters greatly. The problem is we live in a world that says there are no boundaries that sex is free that anything that makes you happy is ok until somehow it’s not. This message is the exact opposite of what our boys need to hear if they ever want to become men. I teach my boys that God has made them strong to protect the hurting, the poor the weak and those who are treated unjustly. The measure of a man is not how strong he is but how he uses his strength. In a world that is constantly reinforcing to our boys through social restructuring, porn, and power that you can take what you want. We must remind them that the call to Godly manhood calls them to lay down their life for their wife. To love and protect. To be a voice for those who are without a voice.

I tell my boys some very specific things but I thought it might help to structure them in more universal terms provided by Rev. J.C. Ryle in his excellent short book Thoughts for Young Men.

(1) One danger to young men is PRIDE.

Young men, I beseech you earnestly, beware of pride. Two things are said to be very rare sights in the world–one is a young man that is humble, and the other is an old man that is content….The older you grow, and the more you see, the less reason you will find for being proud. Ignorance and inexperience are the pedestal of pride; once the pedestal is removed–pride will soon come down.

If you aren’t familiar with the #MeToo head over to twitter and read some of the tweets posted by famous women, known women and women no one really knows. Their stories are gut-wrenching. I read through a few feeds of evangelical women I deeply respect and tears came to my eyes because of the pervasiveness of abuse and the destructive power of sin in our world. As a father of two beautiful girls, I don’t want this for them. As a father, it is my responsibility to protect them love them and model to them how men should treat them. As repulsive as the whole Wienstine thing is I pray that good will come from it, that women will speak up and the culture of abuse will be dealt a severe blow.

Our country has spent the last 60 years preaching and worshiping the god of sexual fulfillment at all costs and we are starting to see the devastating legacy of our unrestrained sexual ethic. We see it in the dissolution of the family, in the celebration of every kind of personal pleasure without a thought as to the effect our actions will have on the people we love most and even broader society. This is not a new problem but is rather an indication as to how far our country has slipped from the Christian values that used to guide and define us. In Roman times when Christianity was in its infancy one of the unique things about Christians was their sexual ethics and their high view of women and children. Tim Challies describes Roman culture in such a way that it sounds like the picture that is being painted of the celebrity Hollywood subculture specifically and of American culture increasing.

Rome was a culture of extreme promiscuity and inequality. Those who had power—male citizens—were able to express their sexuality by taking who and what they wanted. Their culture’s brand of sexual morality was exemplified in the Caesars who, one after the other, “were living icons of immorality and cruelty,” using sex as a means of domination and self-gratification.

Yet this system, evil as it looks to our eyes, was accepted and even celebrated by Rome. It was foundational to Roman culture. To be a good Roman citizen a man needed to participate in it, or at least not protest against it. To be loyal to Rome, one had to be loyal to the morality of Rome. To the Romans, the biblical view “would have been seen as disruptive to the social fabric and demeaning of the Roman ideal of masculinity.” What we consider odious and exploitive, they considered necessary and good.

So seeing that our culture is slipping further and further into the sex-crazed pagan practices Christianity opposed. How do we raise our kids and protect our daughters from a sick culture that objectifies women?