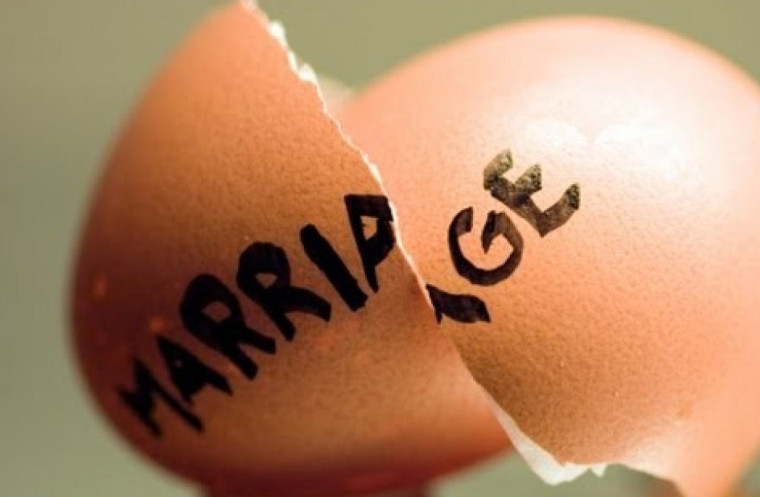 Some of the decline in divorce clearly stems from the fact that fewer people are getting married — and some of the biggest declines in marriage have come among groups at risk of divorce. But it also seems to be the case that marriages have gotten more stable, as people are marrying later.

Ultimately,a long view is likely to show that the rapid rise in divorce during the 1970s and early 1980s was an anomaly. It occurred at the same time as a new feminist movement, which caused social and economic upheaval. Today, society has adapted, and the divorce rate has declined again.

Here is my take away. Divorce is brutal on everyone involved even those who claim it has freed them to be with their “soul-mate”. There are legitimate reasons for divorce and Christ gives clear parameters for divorce. I have wept with those who have felt the betrayal and the loss of their spouse to various other things. So hear my heart I am not trying to beat up those who have already lost much. One of the more heartbreaking things I ever had to do as a kids pastor was be there with a mom as she told her kids that their dad was never coming home. Brutal. While encouraged by the findings in this article I find the thing that couples need most (my marriage included) is an understanding of my need for daily grace. When I see my need, Gods sufficient supply I extend the kind of grace my spouse doesn’t deserve and she does the same for me.  In most marriages we try to identify the problem so we feel better and can move on. It’s always the problem behind the problem that is root of our problems which is our broken hearts unyeilded to God. I need work here and so do you.

When Sinners say I do – Dave Harvey

Sign up to receive my blog posts via e-mail and get a FREE copy of my NEW Online Safety e-resource.
Your information will *never* be shared or sold to a 3rd party.
Share | Tweet | Pin It | Buffer | print | email
Categories: Gospel, Personal